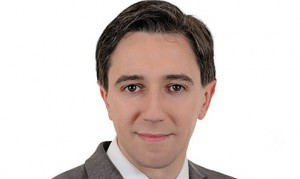 Simon is a native of County Wicklow and has been involved in the community all his life.

Simon first became involved in politics through his work as a disability advocate and is committed to providing a strong voice on issues relating to special needs and mental health. Before entering politics, Simon established the Wicklow Triple A Alliance, a charity to support children and families affected by Autism.

He was first elected to Dáil Éireann in the 2011 General Election and was the youngest member of the 31st Dáil. During that Dail term, Simon served as a member of the Public Accounts Committee, Oireachtas Committee on Finance, Public Expenditure & Reform, Secretary of the Fine Gael Parliamentary Party and Co-Convenor of the Oireachtas Cross Party Group on Mental Health, before being appointed in July 2014 as Minister of State in the Departments of Finance, Public Expenditure & Reform and the Department of the Taoiseach with Special Responsibility for OPW, Public Procurement & International Banking (including IFSC).

Simon was re-elected as TD for Wicklow & East Carlow in the February 2016 General Election and subsequently appointed Minister for Health.

Prior to his election to Dáil Éireann, Simon was a member of both Wicklow County Council and Greystones Town Council, having been elected in the 2009 Local Elections with the highest percentage vote of any candidate in the country. He has also served his community as Chairperson of the County Wicklow Policing Committee, Chairperson of the Dublin-Mid Leinster Regional Health Forum, Board Member of Wicklow Tourism and Member of Wicklow Vocational Educational Committee.