From: Department of Children and Youth Affairs 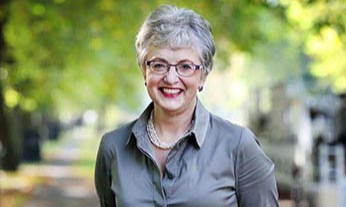 Appointed Minister for Children and Youth Affairs on May 6th, 2016. Dr. Katherine Zappone was nominated to the 24th Seanad Éireann by Taoiseach Enda Kenny in 2011. She was elected to Dail Éireann for the Dublin South West Constituency in February 2016.

She is a former Commissioner with the Irish Human Rights Commission (2002-2012) and a former CEO of the National Women's Council of Ireland.

Dr. Katherine Zappone has spent her life campaigning on social justice issues to ensure that everyone is treated equally with fairness and justice.

She is co-founder of An Cosán, an organisation that combats inter-generational poverty through education and training. Since its inception, An Cosán has grown into Ireland's largest community education organisation supporting over 1,000 families annually. An Cosán also runs early childhood education and care facility, Rainbow House and Fledglings social enterprise, which operates eight community pre-schools around the country.

Minister Zappone holds a PhD from Boston College, an MBA from the Smurfit Business School and an Honorary Doctorate of Laws from UCD School of Law.

Minister for Children and Youth Affairs