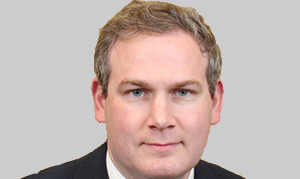 A native of Moycullen, Co. Galway, Minister of State Seán Kyne attended St. Mary’s College in Galway City before attaining a primary degree and Master’s degree in Agricultural Science at NUI, Galway and UCD respectively. For over a decade Minister of State Kyne worked as an agri-environmental consultant with particular responsibility for Rural Environmental Protection.

From 2004 – 2011 Minister of State Kyne served as a member of Galway County Council and since 2011 represents the constituency of Galway West and Mayo South in Dáil Éireann.

Minister of State with special responsibility for Gaeilge, Gaeltacht and the Islands